In summer, there is often a surge in the electricity demands as more persons (including out-of-school children) spend more time at home and there is a need to keep cool with much needed air conditioning systems. In order to keep up with the demand, electrical service providers might engage in such measures as demand response (remote reduction of electric consumption by high demand equipment such electric hot water heaters and air conditioners) or a rolling blackout (a controlled action by electric power companies to remove electricity in sections).

While you probably will not have to resort to caveman tactics to survive the few hours of electric power outage, it can be a major inconvenience to deal with, so here are two ways that you can reduce the impact of such outages and save some money in the process.

Power in the summer sun

Solar powered energy has become increasingly popular in the United States The cost of installing solar panels to supply your home with electricity used to be quite expensive. However, in the last 30 years the cost for solar energy has decreased exponentially and has moved from a high of $76.67 per watt in 1977 to less than $1 per watt in 2013. Solar power has also been noted to give a better return on investment, in 66 percent of states, over the approximately 30 years of service, than even treasury bonds. This translates to an average savings of about $20,000 in 20 years in most states.

The best part is that it is able to provide you with electric power even in times when the sky is overcast or stormy, and will take care of your electrical needs in those instances when the public demand for electricity exceeds the ability of the grid.

Blowing in the wind

If the wind resources and local zoning ordinances will allow it, it may be feasible to try wind powering your home, even one as small as to only occupy 1 acre of land. The average cost for installing a wind turbine will depend on the system chosen and the size. However, the cost can range from $4,000 for a small 1 kilowatt turbine to about $350,000 for a 100 kilowatt system. The return on investment can be recouped anywhere from between 6 to 30 years depending on the quality of the wind in your area and the federal and state rebates and tax incentives. It is advised that you research the available tax credits that are provided in your area.

In addition to maintaining your electrical supply throughout the summer months, wind energy is also an excellent way to make a contribution to the environment, because it is emissions-free and will most likely reduce your spending on electricity bills. Contact an electric service like Cole Electric Inc. for more information. 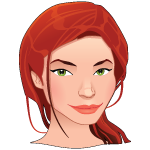